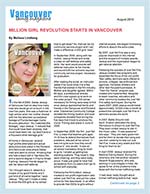 In the fall of 2005, Dallas Jessup of Vancouver had no idea how many lives she would go on to touch in the next five years. She was a freshman in high school when her mother shared with her the television surveillance footage of Florida teenager Carlie Brucia’s abduction. “As I watched [the footage],” says Jessup, “I realized that that could have been anybody, that could have been me, my best friend or a thousand other teenage girls.”
At home in Vancouver,...
Read Full Article 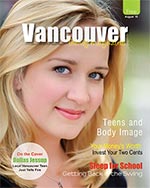