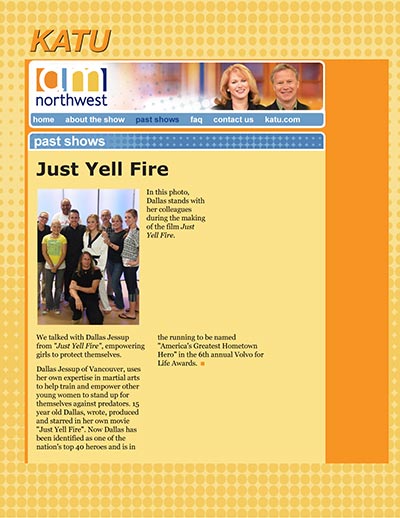 We talked with Dallas Jessup from "Just Yell Fire", empowering girls to protect themselves.

Dallas Jessup of Vancouver, uses her own expertise in martial arts to help train and empower other young women to stand up for themselves against predators. 15 year old Dallas, wrote, produced and starred in her own movie "Just Yell Fire". Now Dallas has been identified as one of the nation's top 40 heroes and is in the running to be named "America's Greatest Hometown Hero" in the 6th annual Volvo for Life Awards.

You can vote for Dallas through January 7th by clicking here.