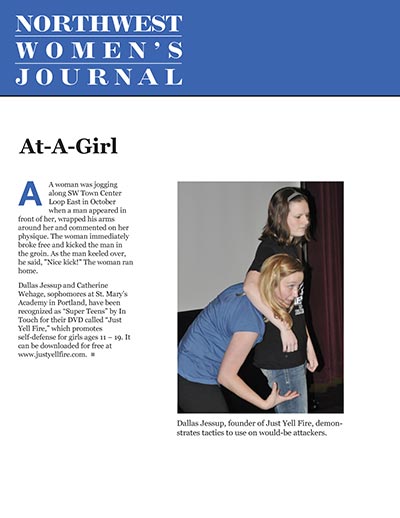 A woman was jogging along SW Town Center Loop East in October when a man appeared in front of her, wrapped his arms around her and commented on her physique. The woman immediately broke free and kicked the man in the groin. As the man keeled over, he said, "Nice kick!" The woman ran home.

Dallas Jessup and Catherine Wehage, sophomores at St. Mary’s Academy in Portland, have been recognized as “Super Teens” by In Touch for their DVD called “Just Yell Fire,” which promotes self-defense for girls ages 11 – 19. It can be downloaded for free at www.justyellfire.com.