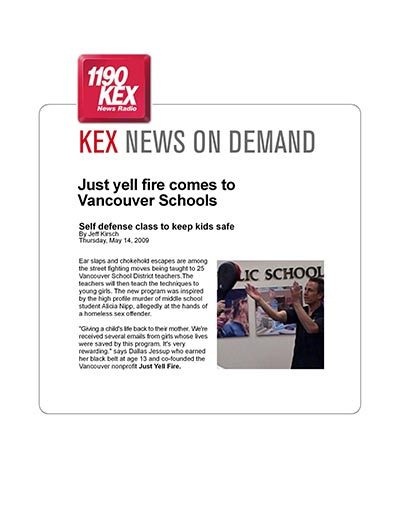 Ear slaps and chokehold escapes are among the street fighting moves being taught to 25 Vancouver School District teachers.The teachers will then teach the techniques to young girls. The new program was inspired by the high profile murder

of middle school student Alicia Nipp, allegedly at the hands of a homeless sex offender.

"Giving a child's life back to their mother. We're received several emails from girls whose lives were saved by this program. It's very rewarding." says Dallas Jessup who earned her black belt at age 13 and co-founded the Vancouver nonprofit Just Yell Fire