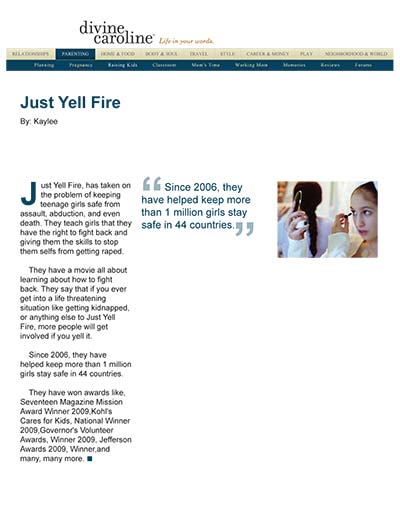 Just Yell Fire, has taken on the problem of keeping teenage girls safe from assault, abduction, and even death. They teach girls that they have the right to fight back and giving them the skills to stop them selfs from getting raped.

They have a movie all about learning about how to fight back. They say that if you ever get into a life threatening situation like getting kidnapped, or anything else to Just Yell Fire, more people will get involved if you yell it.

Since 2006, they have helped keep more than 1 million girls stay safe in 44 countries.