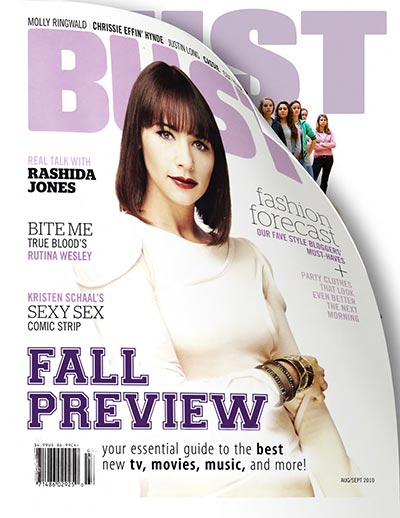 Dallas Jessup teaches young women how to stand up to attackers

DALLAS JESSUP was a 13-year-old Portland, OR high school freshman in 2004 when she first saw the survaillance video on the news of 11-year-old Carlie Brucia being abducted from a Florida car wash. As subsequent reports of the girl’s rape and murder rolled in, Jessup, though still a kid herself, was inspired to act. A black belt in Tae Kwon Do and a student of Filipino street fighting, she realized she possessed a certain set of skills that could protect other young girls from the same fate. So she created Just Yell Fire, a free 45-minute video, downloadable through her website, that teaches young women ages 11 through 19 a set of easily learned martial arts skills that can be used to escape sexual assault and other forms of attack. The film, which also includes a Dating Bill of Rights, informs viewers that it is their right to be safe, and that it is in their power to defend themselves. “It’s not only self-defense, it’s self-empowerment,” says Jessup. “Every girl can do enough to get herself out of a tough situation if she knows what to do.”

In the five years since the Just Yell Fire video made its debut, its life-saving strategies have been downloaded over a million times by girls in more than forty-five countries - sparking what Jessup calls a “million-girl revolution.” For those without internet access, a free DVD of the course can be mailed anywhere in the world. “Girls are fighting back,” she says proudly. “Even in places not known for standing up and defending girls’ rights.”

Now 18 and a Vanderbilt University freshman, Jessup has testified before Congress to promote self-defense education and is working on a new film for college-age women, training a team of Just Yell Fire educators, and teaching self-defense in India where the risk of abduction for sex trafficking is especially high. “I love what I do,” Jessup says of her crusade. “But if Just Yell Fire ends because there is no more rape or abduction in the world, I would be completely happy not having this job. Until then, whatever way is best for girls everywhere is the route I will take.