Here Comes The Prom... Bring On The Nightmares 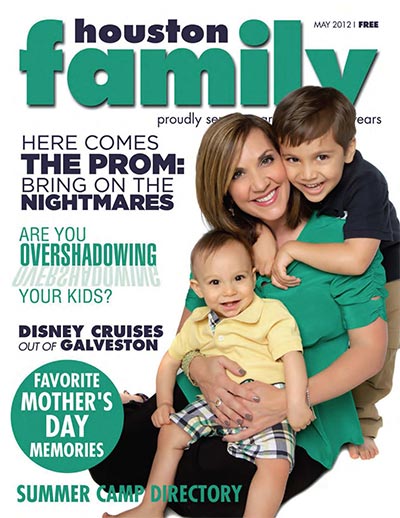 It’s prom season; meaning parents can kiss the Sand Man good-bye and prepare for sleepless nights of worry and wonder. For every teen, high school prom is the stuff of dreams. For every parent, it’s the harbinger of nightmares. While kids fantasize about formal gowns, fancy limos, dreamy dates, and dancing ‘til dawn, their parents fret about drunken after parties, drugged cocktails, unsafe sex, and unparalleled peer pressure for which their children may or not be physically or emotionally equipped to handle. This is no time for parents to stick their heads in the sand, emerging only to approve dresses and fork over credit cards. Everything they fear about prom is true, and the only way to ensure the happiest of endings is to stand to attention and get very, very ready with all the facts and a sound plan.

Although many experts focus their efforts on preparing parents for the fact that their teens will, in fact, drink or take drugs at prom, at least one takes a different position. “I feel it is realistic to think and expect that your teen comes home from the prom alcohol- and other-drug-free,” says Drug Education Specialist Jeff Wolfsberg. He explains that by deciding to “be realistic,” parents are surrendering their responsibility as parents to set the expectation that their teens will not drink. “What happens is they let the horse out of the barn,” Wolfsberg says. “Once you give permission to your teen to drink, you cannot reverse it. From that point on you’re managing risk. I’ve seen it over and over again, and most parents regret the decision.”

That being said, Wolfsberg offers safety advice for the “horses” that have been “let out of the barn.”

TEN THINGS A DRINKING TEEN SHOULD DO

Wolfsberg’s last point raises the issue of drinking and driving. Many parents address this potential threat by hiring a limo to chauffeur their teens around on prom night. Still, groups may split, or there might be parties going on long after the limo has left. To reduce risk in these situations, parents should reinforce to their teens that they should never get into a car with a driver who has been drinking, no matter who that driver is. Rather than choosing between getting in the car or being left stranded, teens can be given the believable option to place a “no questions asked” phone call for parents to pick them at any time of day or night. Alternatively, parents can send a cab, or even give their teens an emergency-use credit card, so they can acquire their own taxi, and get home more quickly.

As for the driving teen, Lisa Smith Henderson, host for www.TeensTalkTruth.com, cautions parents to be crystal clear about the consequences of driving under the influence. “If a child thinks they can lose car privileges or their car, they may think twice,” she says.

It’s no secret that teen boys can undergo a lot of pressure to “hook up” at prom. His prom is simple: “I tell them that it’s clear they’ve put a lot of effort into renting a tux, getting flowers, asking someone they’re proud of to be their date, and more, but also not to forget the most important part of the evening...be a gentlemen,” which Wolfsberg defines as “behaving appropriately, and staying in control to the extent that you can be present emotionally and physically for your date.”

Teen girls (and their parents), on the other hand, are faced with another type of concern when it comes to prom. The issue for them is multi-faceted and so must be addressed in a number of ways.

Dallas Jessup is Founder and CEO Just Yell Fire, Inc. a nonprofit focused on combating violence against girls and young women. She is Vanderbilt’s youngest junior, a dual black belt, and author of “Young Revolutionaries Who Rock.” Her age and experience make her the perfect “go to girl” for ideas on how girls can protect themselves on prom night.

HERE ARE JESSUP’S TIPS TO HELP KEEP THEIR PROMS SAFE AND FUN:

From a parental perspective, the secret to a safe and happy prom is to involve themselves beyond buying the perfect dress and helping choose the right corsage. There are plenty of opportunities for parents to get and stay involved without “sucking the fun out of” prom.

SET A CURFEW: Be precise. Don’t just leave it, “See you at sunrise.” And it’s okay to custom-tailor a curfew to the kid, his or her history, and his or her date. Parents who have hesitation about their teens’ behavior, for whatever reason, can set an early curfew and require the kids to be home right after prom, according to Henderson. Regardless of when that curfew is, virtually all experts agree on one important point: parents need to be awake—and up--when their teens get home. Wolfsberg had this wisdom handed down from his own parents. “My mom told me that her anti-drug plan was coffee and lights. She was wide a wake, lights on, coffee in hand, when my siblings and I came through the door at night.” He recommends that a teen’s curfew never exceed the parent’s ability to stay up. “My dad’s favorite expression was nothing good ever happens after midnight. The older I get, the more true that statement feels to me.”

GET TO KNOW THE SITUATION: Parents can offer to chaperone at prom or pick up and drop off their children. Staying in touch with other parents who are parents of your teen’s friends is imperative. “I’ve caught my kids doing dumb stuff because I talked to another parent and found out what they were up to,” Henderson says. She adds that parents can also offer to attend or host the pre-prom picture party, as this presents the opportunity to get a good feel for the group their child is with, and also for how the hosting parents feel about alcohol. “We had a pre-prom party at our house one year, and the parents were very disappointed that I didn’t have ‘adult beverages’ to offer them,” Henderson remarks. “This is usually a clue that they think teen drinking is normal and they’re comfortable with alcohol.” Henderson adds that so much of the fun of prom--especially for girls-- is the getting ready and being with their friends. “Being a part of the process lets parents bond with their children, get a read on their friends, and plant the seeds of good behavior. “If something feels ’off,’ it probably is,” Henderson warns. “Always, always trust your gut.”

INITIATE A DIALOGUE ABOUT YOUR EXPECTATIONS.
“Although you may feel you’ve communicated your expectations for healthy choices and consequences for unwanted behaviors many times, the prom and graduation season is a great time to remind your teen,” Wolfsberg says. He recommends talking to teens about drinking and driving and getting in the car with drunk drivers. Consider role-playing a few scenarios. “Research points to parents who discuss possible scenarios and seek their teens’ knowledge about what to do increase the chances of their teen’s safe decision-making.” (go to www.houstonfamilymagazine.com for links to great resources for talking points to facilitate this conversation).

EXERCISE YOUR RIGHT OF REFUSAL. Parents shouldn’t be afraid to say NO to a prom date with whom they aren’t comfortable, says Dr. Susan Bartell, psychologist, consultant, and author. For example, she suggests if a parent does not know the date, or if the date is much older, parents should know it’s within their rights and responsibilities as parents to refuse that date as an escort for their teen.

BE TRUSTING AND SUPPORTIVE. As someone whose prom experience lies relatively closer than most “experts,” Jessup’s input on the topic of prom safety is particularly relevant. “I know it’s a parent’s first nature to scold their “child” and try to scare them into making the right decisions,” Jessup says. “This works in Middle School (usually), but by prom time, you’re just pushing a child to rebel.” Jessup offers a more effective alternative—establishing a trusting relationship. She explains that knowing her parents would always help her out if she “messed up” enabled her to make good decisions. If a teen makes a mistake or something terrible happens, Jessup urges parents to be as comforting as possible. “They are already beating themselves up inside, and they just need someone to comfort them. There’s plenty of time later to discuss ‘punishment’ or ‘consequences’,” she says.

KNOW ALL THE DETAILS. Jessup suggests that if a teen is staying overnight with a group of friends as part of prom, her parents should know the address in case they get an emergency call. It’s also helpful to know names of other kids who will be there.

AFTER PARTIES
Some parents, with the good intentions of keeping the party safe and under their own watchful eyes, volunteer to host an after party. The idea is a good one, provided the parents keep one thing in mind, as Dr. Mayer admonishes. “It is wrong, dangerous, and illegal to allow underage children to behave illegally and immorally either in your home or with your knowledge outside of your home,” he says. Under the new “social host” laws, many states are prosecuting parents who serve alcohol to minors.

And parents should just forget about renting hotel rooms to minors under the parents’ names. “Is anyone really surprised when a tragedy happens after a parent rents a hotel room unsupervised?” Wolfsberg marvels. “If a room is rented for teens, an appropriate adult(s) must be there to ensure safety and manage risk.”

Diane Conaway, a California real-estate broker, shares her creative approach to her teen’s after-prom party. Although the Conaways live in rural North San Diego County, their son’s proms were held in downtown San Diego. So the Conaways rented a downtown loft they found on Craigslist and hosted around 20 kids for dinner and an overnight stay. Several families provided appetizers and the meal, which was served in the loft. Then a couple of dads walked the kids the several blocks over to the Hard Rock Hotel. At midnight they walked the kids back to the loft where they changed their clothes. “My husband then walked the kids around downtown to see the city and get gelato,” Conaway says. “Then they stayed up all night watching TV and talking in the living room with a dad supervising.” Conaway borrowed a large van from her church, and in the morning, they drove everyone back to their home town.

The evening was a smash success—and safe. The following year, the Conaways rented a “fabulous” house with a view of the harbor and did the same thing. While the kids were away at prom, the adults got to know each other over their own dinner and wine on the balconies. “It created special memories that the kids are still talking about,” Conaway says. “My youngest son can’t wait until it’s his turn to attend.” All the fun, safety, and peace of mind cost a mere $150 for the one-night house rental, plus the food, a cost shared amongst several families. What a bargain.

In short, prom night can be the joyful, trouble-free night it’s meant to be, with the right amount of common sense, creativity, and communication. An ounce of prevention is worth a pound of sweet dreams.