Black-belt Dallas Jessup teaches girls how to fend off attackers 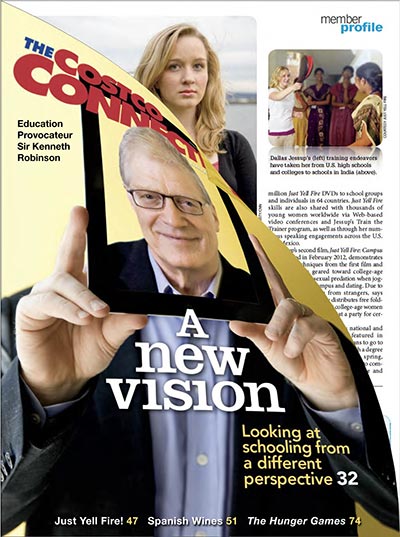 "FIRE, FIRE, FIRE!!!" someone yells. Students at the school bus stop look over, but instead of a fire they see a large man grabbing a petite teenage girl by her arms. Yelling, she kicks his groin jabs her thumb into his eye and pulls his ear. He backs off in pain, enabling her to escape.

The girl is 14-year-old Dallas Jessup, starring in her own film, Just Yell Fire. The film is aimed at helping 11- to 19-year-old girls avoid abduction and sexual predation with fight-back skills and awareness of their boundary rights. Yelling "Fire" instead of "Help" or "Rape" is more likely to draw attention, Jessup explains, as a fire potentially could endanger anyone. "Teen girls face a one-in-four risk of assault by the time they reach college age, and 114,000 non-family abductions are attempted annually," says Jessu, now 20 and a junior at Vanderbuilt University, in Nashville, Tennessee.

The seeds of Just Yell Fire were planted in 2004, when Jessup was 13. "Seeing a televised security videotape of the abduction of Carlie Brusia, an 11-year-old Florida girl walking near a car wash, and hearing she was raped and murdered, had a big impact on me. I felt if Carlie had known some getaway techniques, she might have survived," Jessup says.

Around the same time, there were some abductions of girls in Jessup's hometown, Vancouver, Washington. Some classmates asked Jessup, a black belt in martial arts and a trainer of Filipino street-fighting techniques, for self-defense tips. Jessup and her mother, Maggie, decided to make a homemade video for the 650 students at her all-girls high school.

Jessup and her street-fighting coach, Chad Von Dette, developed 10 simple and instinctive getaway techniques for teen girls, to be demonstrated in the film. Jessup added a "dating bill of rights," instructing young women to be assertive and set boundaries in relationships, and a police officer provided danger awareness and prevention tips. At the time, most self-defense programs were designed for adult women, Jessup says, and "we also wanted to come up with methods that did not rely on carrying whistles or mace," noting "you always have your body and body parts available for defense."

Jessup wrote the film script in 2006 and showed it to a community college professor, who shared it wilh friends in the film community. Amazingly, within two months, a professional crew of 30, plus 100 volunteer extras from several high schools, joined in to produce the film. The Portland, Oregon, and Vancouver communities donated equipment, services, locations and money to the project.

"I learned that people want to help a kid who wants to make a difference in the world," says Jessup.

Formation of her 501(c)(3) nonprofit corporation, Just Yell Fire, in 2007 helped expedite the free downloading and mailing of more than 1.6 million Just Yell Fire DVDs to school groups and individuals in 64 countries. Just Yell Fire skills are also shared with thousands of young women worldwide via Web-based video conferences and Jessup's Train the Trainer program, as well as through her numerous speaking engagements across the U.S. and Mexico.

Jessup's second film, Just Yell Fire: Campus Life, released in February 2012, demonstrates fight-back techniques from the first film and adds new ones geared toward college-age women, who risk sexual predation when jogging, crossing the campus and dating. Due to the risk of date rape from strangers, says Jessup, Just Yell Fire now distributes free foldable beverage coasters that college-age women can use to test their drinks at a party for certain date-rape drugs.

Jessup has won numerous national and local awards, and has been featured in national and local media. With plans to go to business school after graduating with a degree in communications studies next spring, Jessup says, "I hope to find some way to combine my love for community service and media to help change the world."