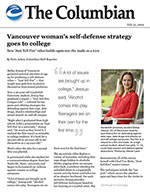 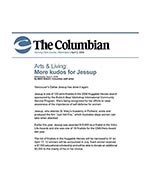 Vancouver's Dallas Jessup has done it again.
Jessup is one of 120 semi-finalists in the 2008 Huggable Heroes search sponsored by the Build-A-Bear Workshop International Community Service Program. She's being recognized for her efforts to raise awareness of the importance of self-defense for women.
Jessup, who attends St. Mary's Academy in Portland, wrote and produced the film "Just Yell Fire," which illustrates steps women can take when attacked.
Earlier this year, Jessup was...
Read Full Article 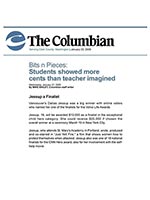 Jessup a Finalist
Vancouver's Dallas Jessup was a big winner with online voters who named her one of the finalists for the Volvo Life Awards.
Jessup, 16, will be awarded $10,000 as a finalist in the exceptional child hero category. She could receive $25,000 if chosen the overall winner at a ceremony March 19 in New York City.
Jessup, who attends St. Mary's Academy in Portland, wrote, produced and co-starred in "Just Yell Fire," a film that shows women how to protect themselves...
Read Full Article 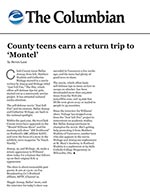 Clark County teens Dallas Jessup, from left, Matthew Wadzita and Catherine Wehage starred in a movie written by Jessup and Wehage titled “Just Yell Fire.” The film, which offers self-defense tips for girls, started out as a community service project. It has attracted national media attention.
The self-defense movie "Just Yell Fire" and its creators, Dallas Jessup and Catherine Wehage, are back in the national spotlight.
Within the past year, the two Clark County teens...
Read Full Article 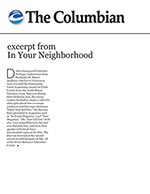 excerpt from In Your Neighborhood

Central Vancouver: Minnehaha and The Heights
Columbia Way: Dallas Jessup and Catherine Wehage, sophomores from Portland's St. Mary's Academy who live in Vancouver, were awarded the Community Youth Inspiration Award for Clark County from the Youth House Visionary team. Last year during their freshman year, the young women decided to create a video for other girls about how to escape predators and date rape situations. Titled "Just Yell Fire," the film has been promoted in magazines such as...
Read Full Article 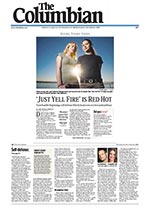 Wednesday Columbian, Pages A1 & A8
Dallas Jessup's original idea to make a self-defense video for teen girls was cheap and simple.
She planned to enlist her mother, Maggie Jessup, and a video camera.
But one phone call led to another and, before she knew it, the home movie had turned into a production. It ended up taking six months to complete, $500,000 in donations to support and even attracted a plug from a couple of actors on the hit TV series...
Read Full Article