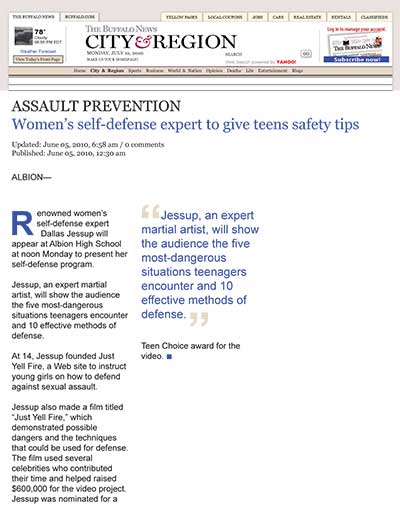 Jessup, an expert martial artist, will show the audience the five most-dangerous situations teenagers encounter and 10 effective methods of defense.

At 14, Jessup founded Just Yell Fire, a Web site to instruct young girls on how to defend against sexual assault.

Jessup also made a film titled “Just Yell Fire,” which demonstrated possible dangers and the techniques that could be used for defense. The film used several celebrities who contributed their time and helped raised $600,000 for the video project. Jessup was nominated for a Teen Choice award for the video.